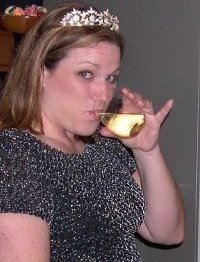 I’m one of those people who has plenty to say until it comes to saying it about myself. Therefore, I did what I think anyone would do in my situation, I asked a few of my ex-boyfriends to write my “About Me” section for me. After all, who would know me better than them?

Some people didn't like my "gun photo" so I took this one to make them happy! **Photo by Chad Gay

Corey’s the kind of girl who will still make out with a guy after he belches beer in her face! Take that Ms. Manners. You’d have to expect a woman of that caliber to take things like calibers seriously. Gun-toting or axe-hefting might describe this bastion of bitchiness (in a good way), but fall so short of REALLY painting the true COREY portrait. Think you’ve had some crazy relationships? Her list of ex’s would make America’s Most Wanted look like Boy Scouts. Coincidentally, she named one of her kids Scout… but only because she’s a brainy literary freak fixated on Harper Lee. Corey took the PK [preacher’s kid] mold, broke it and remade it in her own image. This one-woman wrecking crew knows pain, how to inflict it and suffer through it.

Heck, she spent the better part of a year suffering through me. Quippy, snarky, unpleasantly intelligent. Unabashedly Southern. Absolutely intolerant of stupidity. And perfectly willing to share all facets of her unique outlook on life. Anyone capable of working “Roll Tide, bitches!” into a Facebook post about the Auburn national championship WITH humor and withOUT pissing off every AU fan on the planet deserves a broader stage. So give this broad a stage… or a stare… you won’t regret it… unless it’s your inadequacies which inspire her. Be warned her Muse of Misery is infectious. 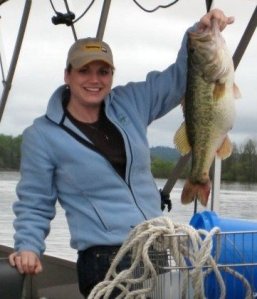 Corey is a woman of persistent beauty, painfully dry wit, and exceptional intelligence with few equals, save the people she chooses to have in her life (most of them). She is humble almost to a fault and is essentially the best mother and daughter that a man could hope for, even a man of impeccable quality such as her father. She is a true lady.

2 responses to “About the Writer”